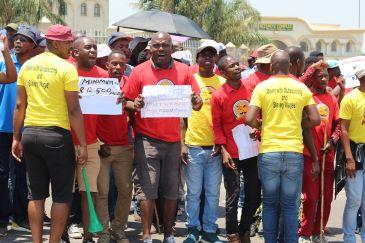 All the disputes and ongoing strike between NUPSAW and DIS-CHEM PHARMACIES has been settled on 27 March 2019.

The parties agreed in short as follows:

Date to Return to Work

The employees will return to work on 10 April 2019, which is officially called the End Date of the strike, or on the first working day after the End Date. **

Employees who do not return to work within three working days of the End Date will by way of agreement between the parties, be deemed to have permanently abandoned their employment.

Dis-Chem retains its rights to take disciplinary action for misconduct during the strike as well as its rights in relation to the cost orders granted in its favour by the Labour Court.

** The purpose of the End Date is to allow Dis-Chem to arrange its operational requirements accordingly.