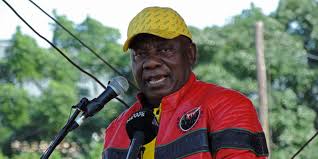 How could Cyril Ramaphosa, as president and seasoned trade unionist, insult and humiliate the working class by promoting on Workers Day the National Minimum Wage Bill that sets the current minimum wage at R3500? He even went so far as to congratulate the sell-out union NEHAWU who was the instigator of this starvation wage.

“The reality is that this wage will trap millions of people into poverty” says Success Mataitsane, General Secretary of NUPSAW

At the same time, Ramaphosa promised that together Labour, Business and communities will create many new jobs and ensure that all workers can earn a decent living. What “decent living” means for the ANC and its cronies, we don’t know. What we know is that its work which restores dignity and humanity to the worker where the worker can afford at least the basic necessities for a living.

As an affiliate of SAFTU, NUPSAW endorses its calls

“for the intensification of the Living and Social Wage Campaigns to fight for decent working conditions;

‘on the South African working class to unite against the anti-workers ANC on 08 May and vote them out of power.

‘to demand jobs and delivery of quality public services like water, and free public education and healthcare for all people”.

We place the blame for the deepening levels of unemployment, poverty, inequalities, and corruption squarely not only on capitalism but the ANC and its alliance partners.